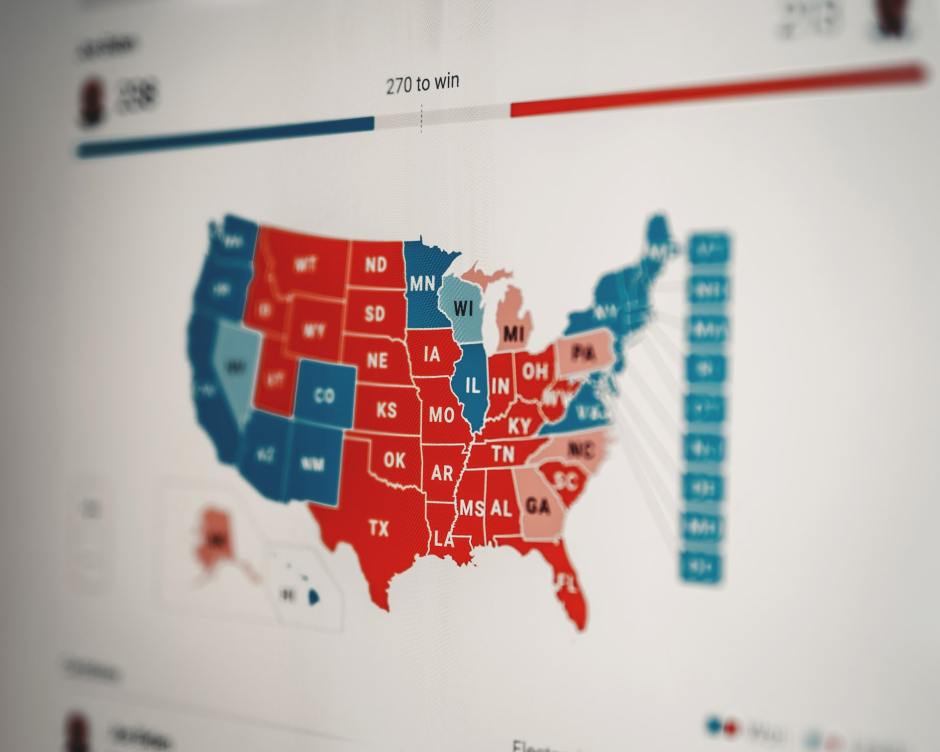 The following is my reflection for the Midweek Vespers service. You can watch the video below.

It’s almost over.  We have still have a few states that are still yet to be called, but hopefully, in the next 24 hours or so, we should know for certain who is going to be the next President of the United States.

Even though I’m a pastor, I’m not going to pretend that I didn’t have a favorite in this race.  I did.  But I don’t want to talk as much about the election than about what happens afterward.  How do we live together as a nation?  How can the church be a Christ-like example to our nation and world?

We are a nation that is bitterly divided ideologically.  Liberals and conservatives look at each other with open contempt and as a nation, we seem to have less and less in common with each other.  We don’t understand each other.  I have to be honest, I’ve had my moments where I wondered if I should bother to reach out to those that planned to vote for the other candidate. It’s not any better in the church.  Churches tend to line up around politics.  More often than not, we tend to mirror the world instead of providing an example.

I’ve seen a number of people, including pastors that tend to downplay the calls for unity believing them to be a way of ignoring injustice.

God of course, calls us to do justice.  The issues we have talked about including the separation of immigrant children from parents demand that we speak out.  But God also calls us to love our enemies. Paul’s letter to the Colossians calls us to be tolerant and forgiving.  Even after a hard-fought campaign, we who are followers of Jesus are called to tolerate and forgive others and at the end of the day be united in Christ.

As Christians, we have to be agents not just of justice, but of reconciliation.  We have to find ways to heal the bonds that have been broken by politicians and even by ourselves.  Sometimes that means going beyond who is in the White House and figuring our what is God calling us to do.  Yuval Levin, a scholar at the American Enterprise Institute, notes that some of what needs to be done rest on what we are being called to do at a local level. He writes in the New York Times:

“It can begin with a simple question, asked in little moments of decision: “Given my role here, what should I be doing?” As a parent or a neighbor, a pastor or a congregant, an employer or an employee, a teacher or a student, a legislator or a citizen, how should I act in this situation? We ask that question to recover relational responsibility.”

We live in a time where we are so divided that we want the other guy to be responsible.  But we are responsible for each other.  We are our sister and brother’s keeper.

I’ll end today with the last paragraph from President Abraham Lincoln’s Second Inaugural Address, given a month before the end of the Civil War and his assassination because it seems so fitting at this moment.

With malice toward none; with charity for all; with firmness in the

right, as God gives us to see the right, let us strive on to finish the work we

are in; to bind up the nation’s wounds; to care for him who shall have borne the

battle, and for his widow, and his orphan – to do all which may achieve and

cherish a just, and a lasting peace, among ourselves, and with all nations.”

My name is Dennis Sanders and I'm an openly gay ordained pastor in the Christian Church (Disciples of Christ) who lives in Minneapolis. I'm currently the Stated Supply Pastor at First Christian Church in Mahtomedi, Minnesota.

I was diagnosed with Aspergers Syndrome, a form of autism in 2008 . I'm still discovering how this affects my vocation and life in general and where autism and faith intersect.